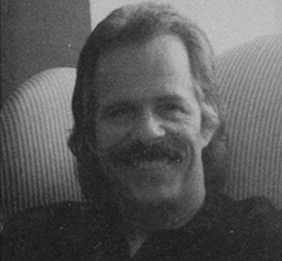 Bill Toma has been involved in art since childhood. An avid sketch artist throughout his school years, Toma continued his interest in art through oil painting while obtaining a Master of Arts degree in English in 1961. While pursuing a teaching career, Toma began sculpting and working in metal. By 1973, Toma had become so obsessed with his art that he resigned his well-established career as an English instructor at Long Beach City College to pursue his passion full-time, Since that turning point, Toma has become an internationally known and highly collectible artist.

It may be said that one’s environment can give eloquent testimony to one’s interests. If this is so, Bill Toma’s studio speaks clearly about his varied artistic interests. This visual representation starts with an oil painting of the late Bunker Hill’s Victorian Homes, whimsical motorized sculptures with as many as 200 cast parts, sensual nudes, fierce dragons in their original clay form that somehow survived the molding process, an aging clay torso of Harlequin, the head of a grizzly bear used as a study, a robotic frog catching a robotic dragonfly, and scattered about the entire studio, a host of Disney characters. When asked about his work, Bill stated that he greatly enjoys having his work speak symbolically to its viewers, no doubt a carryover from his literary background. Symbolism can, indeed, be profound, which is the case with the “Gift of Love” depicting a lovely nude sitting atop a pedestal offering a blossoming red rose. The rose is an object of beauty, delicacy, and fragrance; yet, it possesses thorns. The opening of the rose is representative of having to open ourselves in order to experience love, thereby becoming vulnerable. The thorns are symbolic of the possibility of being hurt while in the vulnerable state of love. Though the jester’s gloves are an attempt to avoid the pain of love, once in love, anyone can be made the fool.

Such is the work of Bill Toma, one of the most innovative and popular sculptors in the world today. So extraordinarily detailed and exquisitely finished are Bill Toma’s works that he had been under exclusive contract with Walt Disney World, Disneyland, and The Walt Disney Company creating and producing Disney characters in limited editions.

Bill’s creations represent a vast and unique repertoire of his personal interests. Not limiting himself to one genre, he pursued a variety of subject matter, which includes a series of Indian sculpture, Wildlife, Nudes, Renaissance Harlequins, and, most recently, Fantasy Art. He states, “My fascination with fantasy art results from the complete imaginative freedom it offers. It allows us to travel to realms beyond, to realms of an alternative reality where anything is possible, to realms that offer the substance of our dreams, to realms that fire the imagination.” Consequently, when we view “Dragonslayer,” we see a magnificently armored knight with shield, lance, and sword setting out to slay the beast astride a gigantic armored snail, delightfully whimsical, utterly fanciful and totally paradoxical.

Bill Toma’s work captures a flight of fancy, freezes the imagination’s most soaring dream, and brings it to terra firma for our pleasure and admiration.