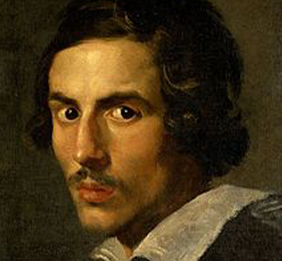 Gian Lorenzo Bernini; (7 December 1598 – 28 November 1680) was an Italian sculptor and architect. While a major figure in the world of architecture, he was more prominently the leading sculptor of his age, credited with creating the Baroque style of sculpture. As one scholar has commented, “What Shakespeare is to drama, Bernini may be to sculpture: the first pan-European sculptor whose name is instantaneously identifiable with a particular manner and vision, and whose influence was inordinately powerful…” In addition, he was a painter (mostly small canvases in oil) and a man of the theater: he wrote, directed and acted in plays (mostly Carnival satires), for which he designed stage sets and theatrical machinery. He produced designs as well for a wide variety of decorative art objects including lamps, tables, mirrors, and even coaches.