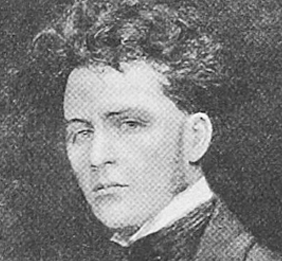 Gustav Gurschner (1873–1970) was an Austrian sculptor active in the decorative arts.

Gurschner studied under August Kühne and Otto König at the Kunstgewerbeschule in Vienna, and under Valgrin in Paris. He married the writer Alice Pollak in 1897. In 1898, he participated in the inaugural exposition of the Vienna Secession. From 1904 to 1908, he was part of the Hagenbund, a group of like-minded Austrian artists.

His body of work consists primarily of functional objects such as ashtrays, electric lamps, door knockers, and doorknobs, as well as some jewelry. Gurschner’s style was influenced by the sinuous lines of Art nouveau and the symmetry of the Wiener Werkstätte.[3] He worked in wood and bronze, bringing a wood-carver’s sensibility to his bronzes.

In 1914, Gurschner designed medals and uniforms for the sovereign prince of Albania, Wilhelm zu Wied. In July of that year, he raised and led a small army of 150 volunteers to help the prince fight the rebels who laid siege to his capital of Durrës.

In the early 20th century, his work was imported to New York City galleries, as he was considered a significant Viennese artist. Today, Gurschner’s work can be found in the Cooper Hewitt, Smithsonian Design Museum, Corning Museum of Glass, and the Petit Palais.