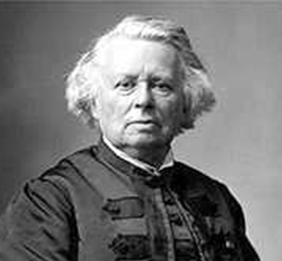 Rosa Bonheur, born Marie-Rosalie Bonheur (16 March 1822 – 25 May 1899), was a French artist, mostly a painter of animals (animalière) but also a sculptor, in a realist style. Her best-known paintings are Ploughing in the Nivernais, first exhibited at the Paris Salon of 1848, and now at the Musée d’Orsay in Paris, and The Horse Fair (in French: Le marché aux chevaux), which was exhibited at the Salon of 1853 (finished in 1855) and is now in the Metropolitan Museum of Art, in New York City. Bonheur was widely considered to be the most famous female painter of the nineteenth century.