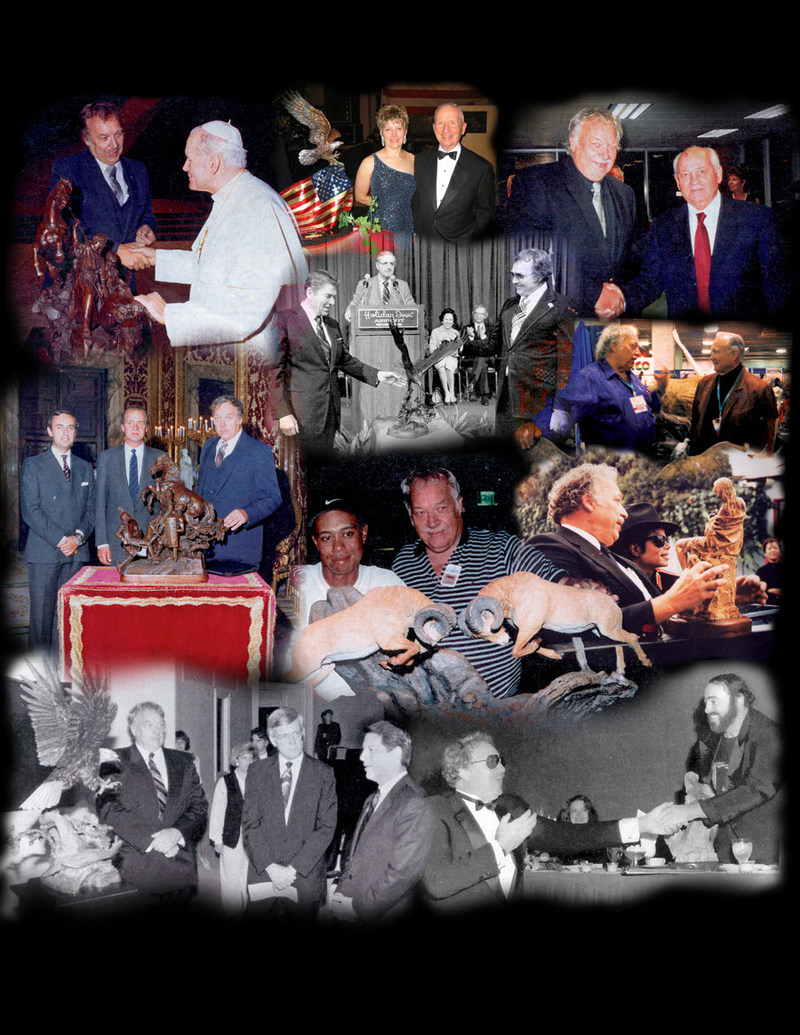 Posted at 08:20h in Press Release by TIC 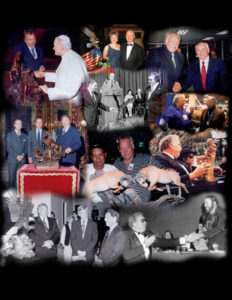 Mark Russo, the founder and CEO of Treasure Investments Corporation, commissioned world-famous Lorenzo E. Ghiglieri and son Laran R. Ghiglieri to create 50 grandmaster sculptures for the company. The work has already begun on the 50 images between the two artists  and will take roughly 18 months to complete. Lorenzo will create 25 of the new sculptures on his 80-acre estate in Aurora, Oregon, which is replete with over 25,000 square feet of wax rooms, tool shops and rendering areas for a

true artists’ creative heaven. Lorenzo will also have numerous highly skilled artist assistants helping him with the project. He has been assigned with designing and sculpting pieces for the Americana Series of patriotic themes including three life-size eagles, smaller eagles related to the Declaration of Independence and the Liberty Bell. He will also be working on numerous North American wildlife pieces, along with many for an African Wildlife Series.

Laran will be focused on Western collections of Indians, Equestrian and his famous sports figures, which will include a new golfing series. “Laran’s golfing pieces are incredible; over 11,000 bronze golfers have sold through charity auctions to collectors all over the world. We have even created a 10-foot monument of a bronze golfer and sold several to prestigious country clubs. He is the Leroy Neiman of bronze sports figures,” says Russo. The 50 pieces being commissioned will range in size from life-size eagles standing over 8 feet to small desktop images measuring approximately 24 inches in height. All 50 new creations will be cast in bronze and pure silver using the lost wax casting process. Each new piece will be in very small limited editions ranging between 50 and 350. Each time a new work is complete, Treasure Investments will have an unveiling ceremony at the new company headquarters in Battle Ground, Washington.

Treasure Investments Corporation (TIC) continues to provide new and exciting works of fine art to the market. “We stay constantly in touch with our clients and business partners for new ideas and subject matter. Once we see a trend or possible demand for a new image we make it immediately. We are always original and first to market, which is why we always sell more bronze sculptures than anyone else,” says Russo.

TIC owns over 700 master moulds, most of which are from the Ghiglieri family. “Our business model has sold tens of thousands of Ghiglieri sculptures from just the auctions  alone. Giving the commission to the Ghiglieris was an easy decision. They are simply the best there is. Working with Lorenzo and Laran is

not only an honor, but the collaboration on making the work is beyond inspirational,” says Russo.

Lorenzo Ghiglieri, now 86 years old, is a world-famous artist and has creations gracing the most prestigious museums and art collections around the world: The White House, Vatican, Kremlin and the Royal Palace in Madrid, to name a few. His sculptures and paintings have been presented to President Ronald Reagan, Al Gore, Mikhail Gorbachev, Pope John Paul II, Queen Elizabeth, King Juan Carlos of Spain, The Prince of Portugal, The King of Norway and thousands of successful entrepreneurs, business leaders and celebrities.

Raised in Southern California, Lorenzo was the son of an Italian sculptor father and a French artist mother. He grew up in a world of ethnic blends that enriched his understanding of world culture. After receiving formal art training, Lorenzo went forward on his own to study the Old Masters. At the age of 17, he was commissioned to paint what became a gift from the

U.S. to Great Britain for Queen Elizabeth’s Coronation. Lorenzo won numerous national awards in design and illustration and, after a nationwide search, was invited to paint scenes for the international biblical epic, “Earth: Theater of the Universe.” During this two-year period of solid devotion, Lorenzo produced a spectacular 100-foot rendition of the earth’s history according to biblical tradition that incorporated close to 400 figures, most of which were posed and painted from life. The result of his inspiration has been thrilling thousands who have attended gallery and screen presentations of his work.

Laran R. Ghiglieri, now 47, has worked as an apprentice to Lorenzo for most of his life. “Not only did I learn my father’s style, but the techniques of how to sculpt and paint like the masters,” says Laran. At the young age of 11 years old, Laran began his career as an artist helping Lorenzo with commissions. “My father was getting commissions daily and needed my help. Most were monumental projects. I loved helping him and truly enjoyed the creative processes,” says Laran.

Laran has thousands of clients around the world as well. The bronze castings of his sports figures alone have sold tens of thousands. This number does not include his successful wildlife series, where most of the limited editions have sold out.

“The ability to not only paint but sculpt like Michelangelo, Bernini or Peter Paul Rubens is not an easy thing to accomplish, but both Lorenzo and Laran have the God-given gift and talent to make it happen. What is amazing to me is that not only can Lorenzo and Laran paint and sculpt, but their ability to change styles and subject matter is beyond my comprehension,” says Russo.

Laran is very excited about creating the new work for Treasure Investments and has begun work on several new pieces. His latest creation of a stagecoach entitled “Stage Coach Gold” was recently completed. “While the work on the stage coach was in progress I asked Laran to take the piece out to Lorenzo’s for his input and critique. When Laran showed the piece to him, his response was: ‘You are now a better sculpture artist than me; I want one.’ Every new piece that Laran creates just gets better as his skills and talents continue to grow. Once the Legacy Collection is complete, it will give our company a lifetime of masterworks that will truly amaze,” says Russo.