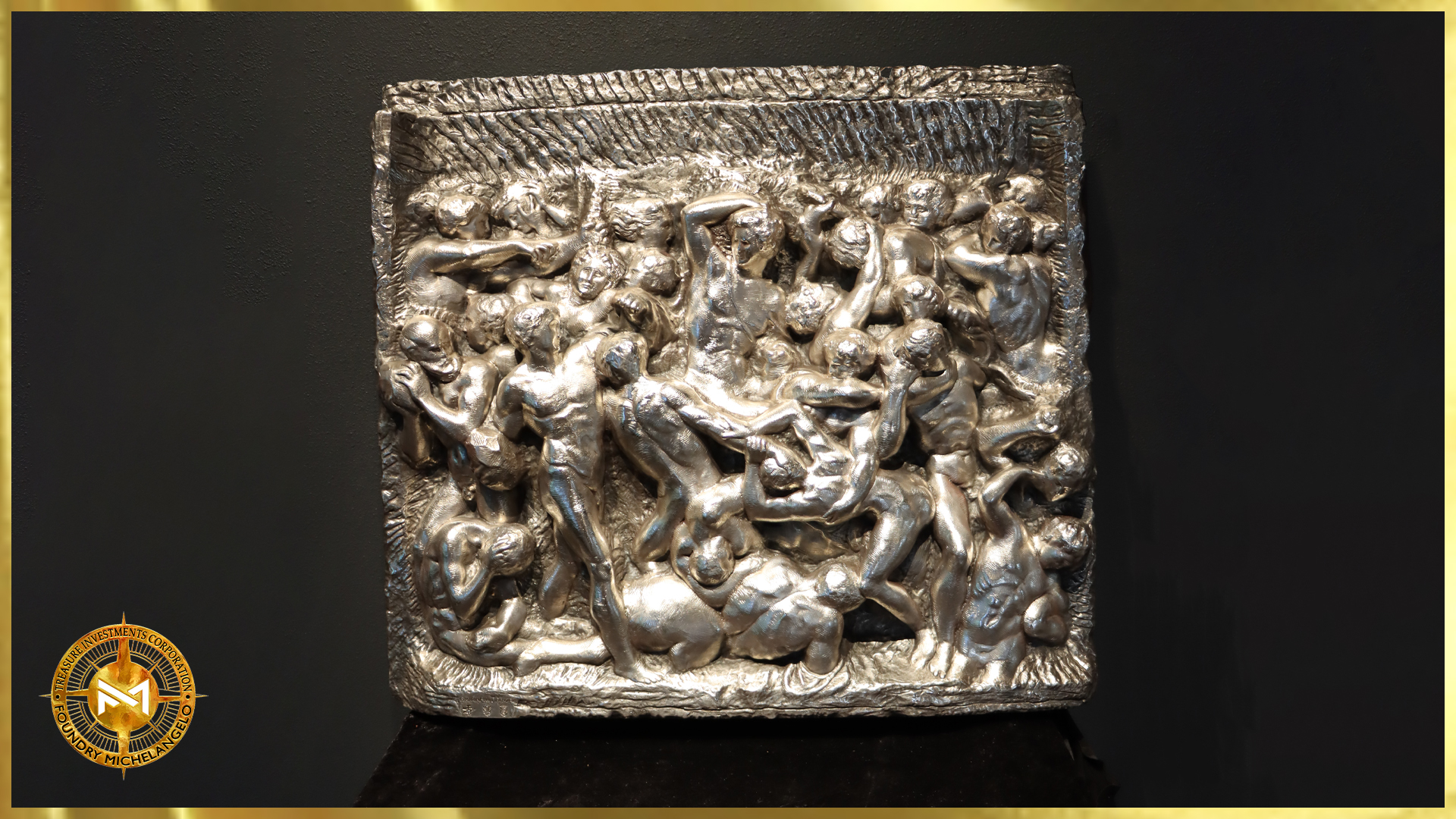 BATTLE GROUND, WASHINGTON, UNITED STATES, November 29, 2022 /EINPresswire.com/ — Treasure Investments Corporation obtained the exclusive rights to cast 72 original masterpieces in precious metal from the Vatican collection through the company’s international partnership with the world-famous Marinelli Foundry in Florence, Italy. In 1932, the Marinelli foundry was granted access to the Vatican sculpture collection from Pope Pius. Marinelli was allowed to pull plaster molds directly from the marble masterpieces of artists including Bernini, Verrocchio, Delatono, Apollonius, Canova, and Michelangelo. 28 of the plaster molds that were created are the most famous works of Michelangelo and include the Pietà, the 18 foot tall David, Battle of the Centaurs and other iconic works.

“We are, for the first time in history, casting the greatest pieces of fine art by
the most famous artists in history in pure silver, solid gold, and platinum,”
— Mark Russo, CEO & Founder, Treasure Investments Corp

Treasure Investments was given the exclusive rights to cast these pieces as originals in precious metals, including pure silver, gold, and platinum.

“These castings are not copies, replicas, or made from digital scans. They are right from the original plaster molds and are considered posthumous originals,” says Mark Russo.

To keep the pieces completely authentic and considered true originals, Marinelli uses the plaster master mold taken directly from the original marble masterpiece, pouring red wax into the plaster, referred to as the lost wax casting process. Once the red waxes are poured, they are inspected, authenticated, then carefully packaged, crated, and sent to Treasure Investments Corporation. Upon the arrival of the red waxes, Treasure Investments begins the casting process using the original red waxes and creates a one-of-one, and only one casting in precious metal.

The “Battle of the Centaurs” is a relief sculpture by the Italian Renaissance artist Michelangelo, created around 1492. It was the last work Michelangelo created while under the patronage of Lorenzo de Medici, who died shortly after its completion. Inspired by a classical relief created by Bertoldo di Giovanni, the marble sculpture represents the mythic battle between the Lapiths and the Centaurs. A 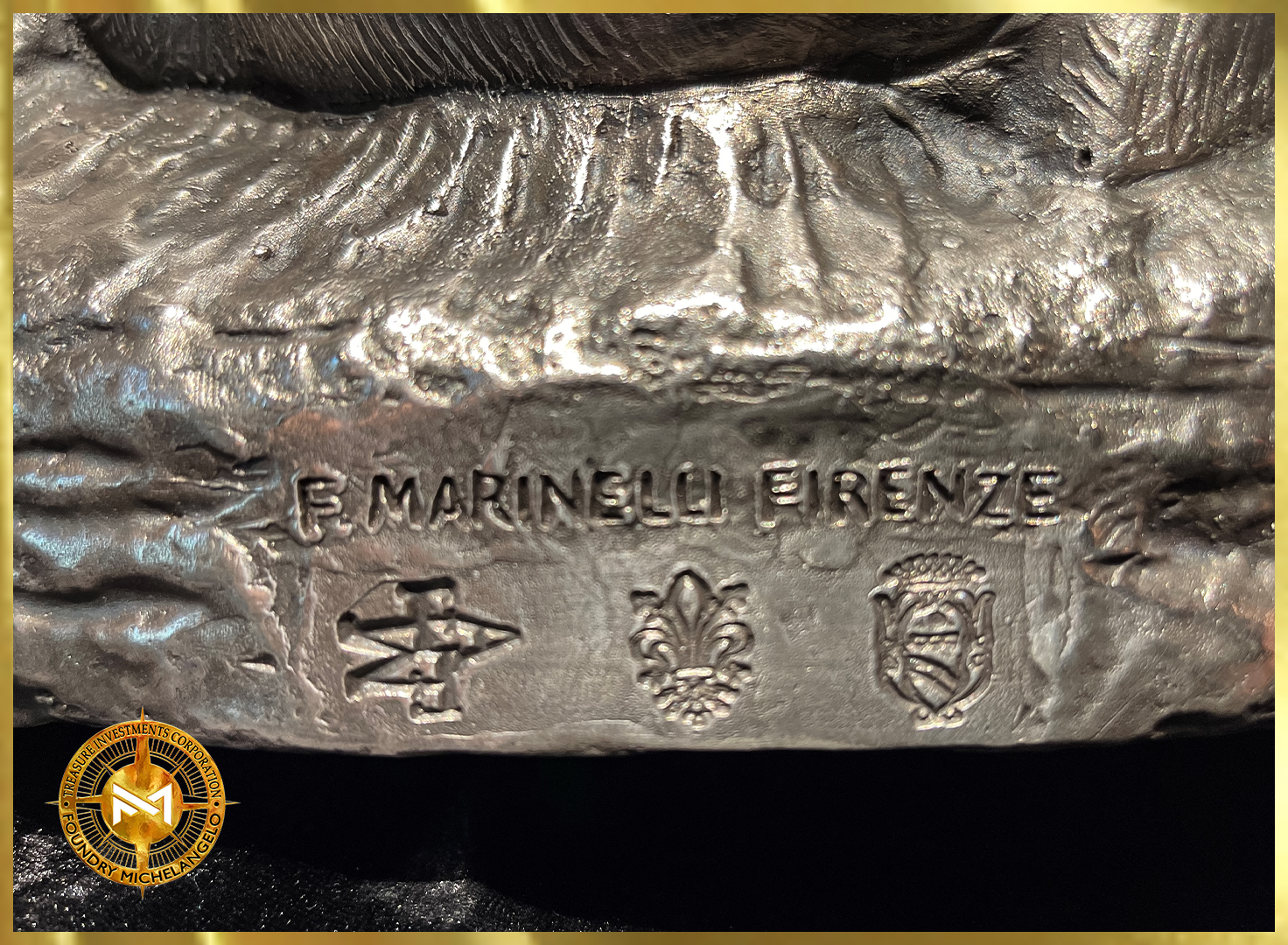 popular subject of art in ancient Greece, the story was suggested to Michelangelo by the classical scholar and poet Poliziano. The sculpture is exhibited in the Casa Buonarroti in Florence, Italy, the home where Michelangelo was raised.

Battle of the Centaurs was a remarkable sculpture in several ways, presaging Michelangelo’s future sculptural direction. Michelangelo had departed from the t

o reach such a state of completion with the marks of the subbia chisel left to stand as a final surface. Whether intentionally left unfinished or not, the work is significant in the tradition of the “non finito” sculpting technique for that reason. Michelangelo regarded it as the best of his early works and a visual reminder of why he should have focused his efforts on sculpture.

The Battle of the Centaurs in pure silver is an original casting and is the only one in silver that will ever be created. It is numbered 1 of 1 and weighs 2,333 troy ounces of .999 fine silver.

This is the second original Michelangelo to be cast this year in pure silver. In July of 2022, at the Mirage Casino in Las Vegas, Mark Russo, Steve Forbes (owner of Forbes Publishing), and Michael 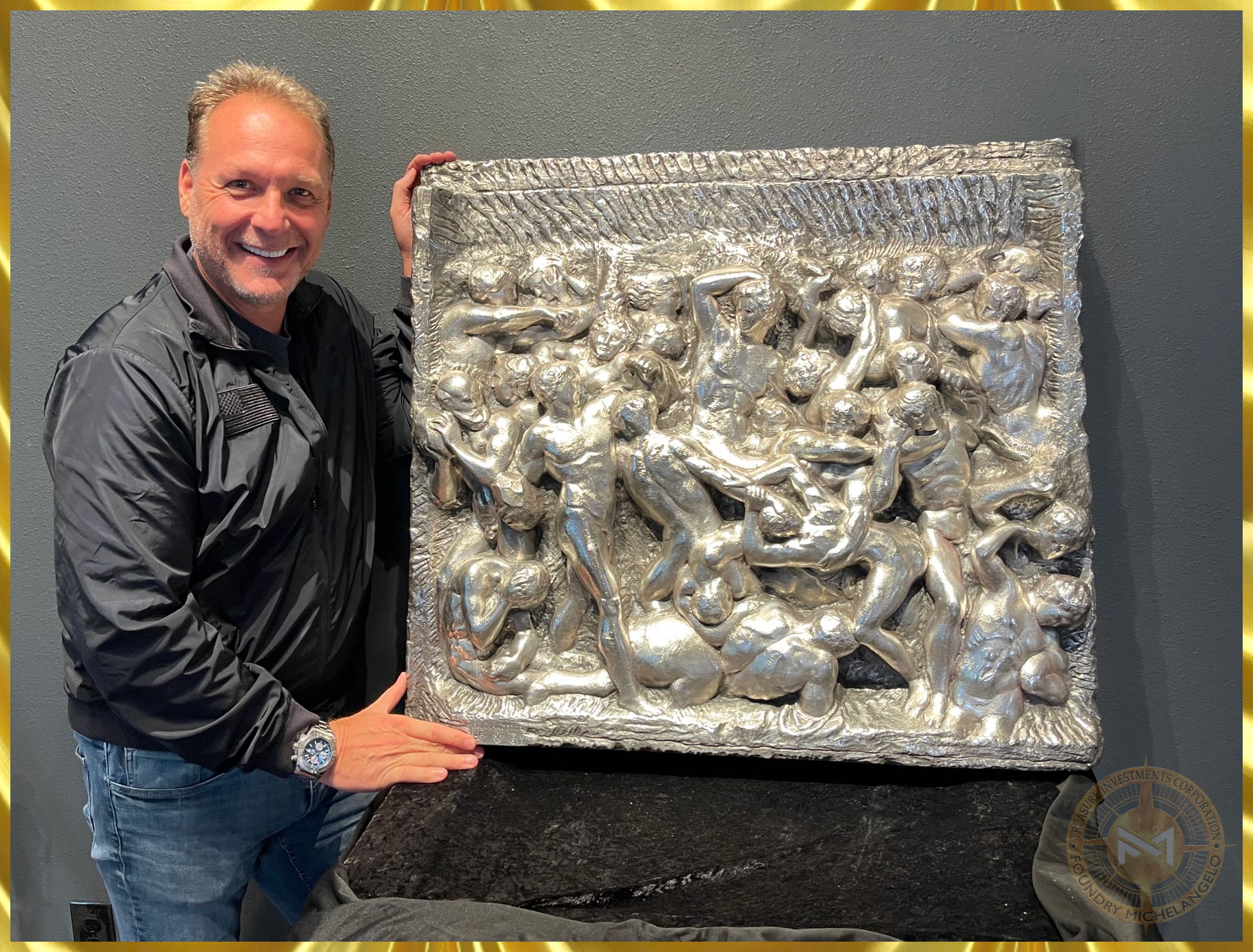 Sheppard unveiled Michelangelo’s Pietà original cast in over 20,000 ounces of pure silver as the single largest silver sculpture on earth.

Treasure Investments Corporation is nearing the completion of the next pure silver original casting of a piece entitled the Belvedere Torso by Apollonius of Nester. This piece will weigh around 14,000 ounces of silver when cast.

“We are, for the first time in history, casting the greatest pieces of fine art by the most famous artists in history in pure silver, solid gold, and platinum,” stated Mark Russo.