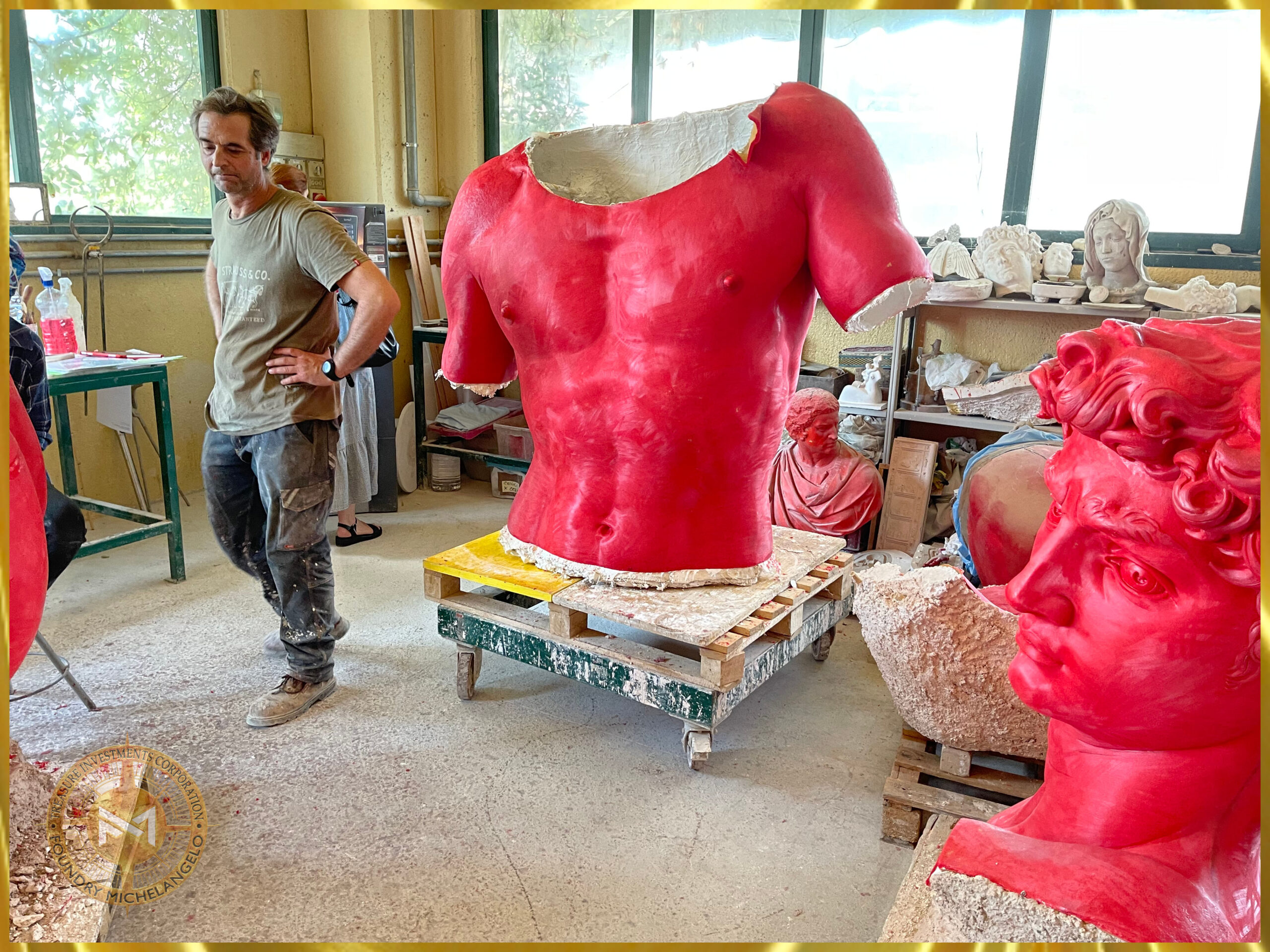 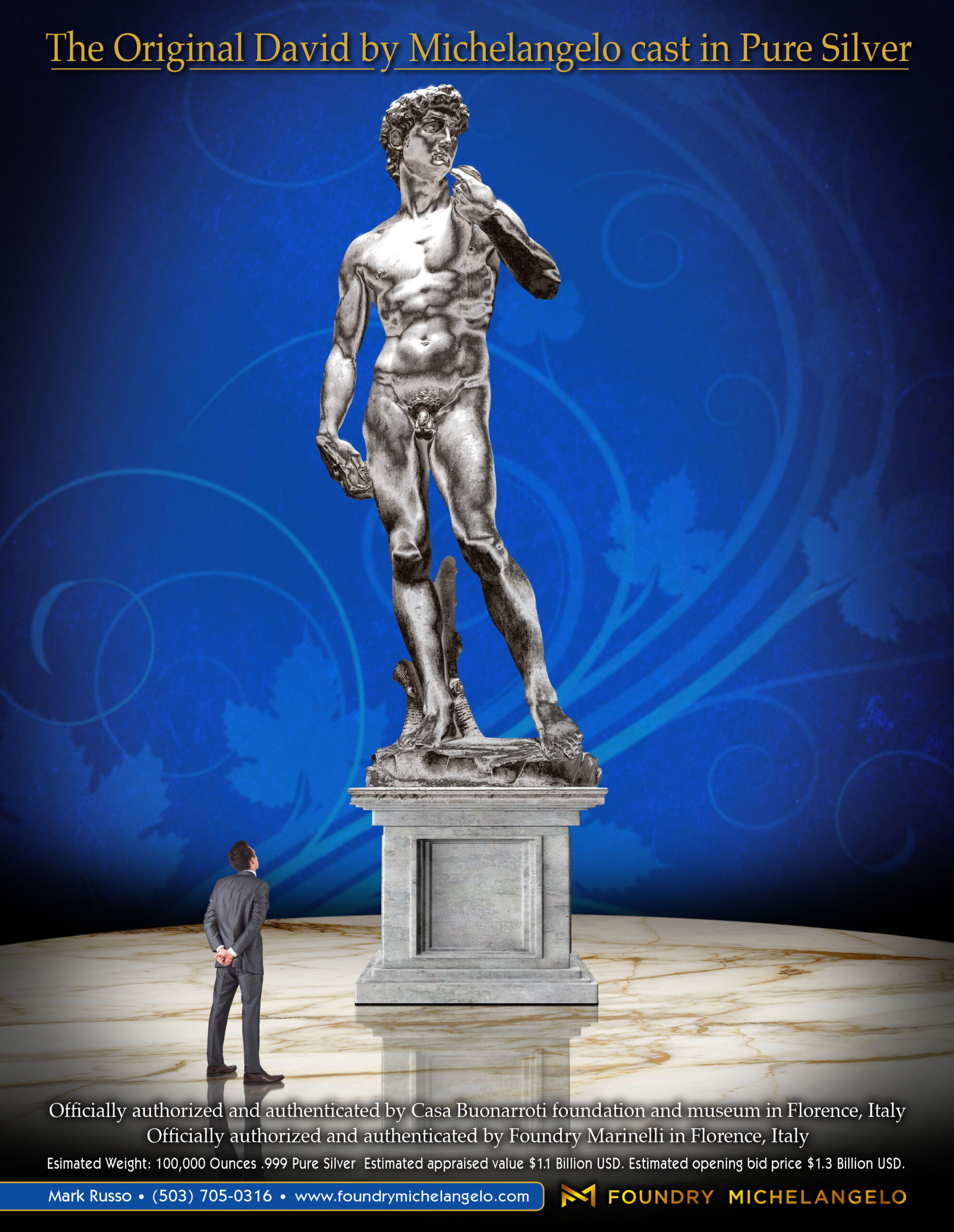 The David is to be cast as an original Michelangelo in Pure Silver and estimated to weigh around 100,000 troy ounces

BATTLE GROUND, WASHINGTON, UNITED STATES, January 4, 2023 /EINPresswire.com/ — Treasure Investments Corporation DBA Foundry Michelangelo (FM) has been given the exclusive rights to cast #1/1 of Michelangelo’s David and the only one ever to be created in pure silver as an original by Casa Buonarroti Museum and Foundation and Fonderia Artistica Ferdinando Marinelli Firenze in Florence, Italy. The original David sculpture will stand over 17’ in height and weigh an astonishing 100,000 ounces of pure silver.

How is this even possible? The answer is 18 years of hard work & 15 trips to Italy by the founder of Treasure Investments Corp, Mark Russo. That, combined with the opportunity to build an incredible relationship with Ferdinando Marinelli, the owner of the world-famous Marinelli foundry in Florence, Italy.

We believe… without question, the most recognized art piece in history
could easily set the record and bring over $1 billion”

The Marinelli Foundry was given access to the Vatican prior to World War II when Pope Pius XI summoned Marinelli Sr. with concern over the looming war and the possibility of theft or damage of the Vatican’s priceless art collections. Marinelli was given the honor of creating plaster master molds right from the original marble sculptures in the collection. The most famous of these sculptures entitled the David, crafted by Michelangelo from 1501 to 1504.

It is from this original plaster mold that Marinelli poured a flawless red wax that was inspected and examined by Casa Buonarroti for Foundry Michelangelo (FM) and found the waxes perfectly compliant with Michelangelo’s original. In a letter written to TIC/FM from the

Foundation of Casa Buonarroti, Dr. Alessandro Cecchi, the Director of the museum and the highest authority of authentication for the Foundation of Michelangelo, affixed its coat of arms and the Lily of Florence and authorized Treasure Investments to produce one and only one silver original casting of the David. 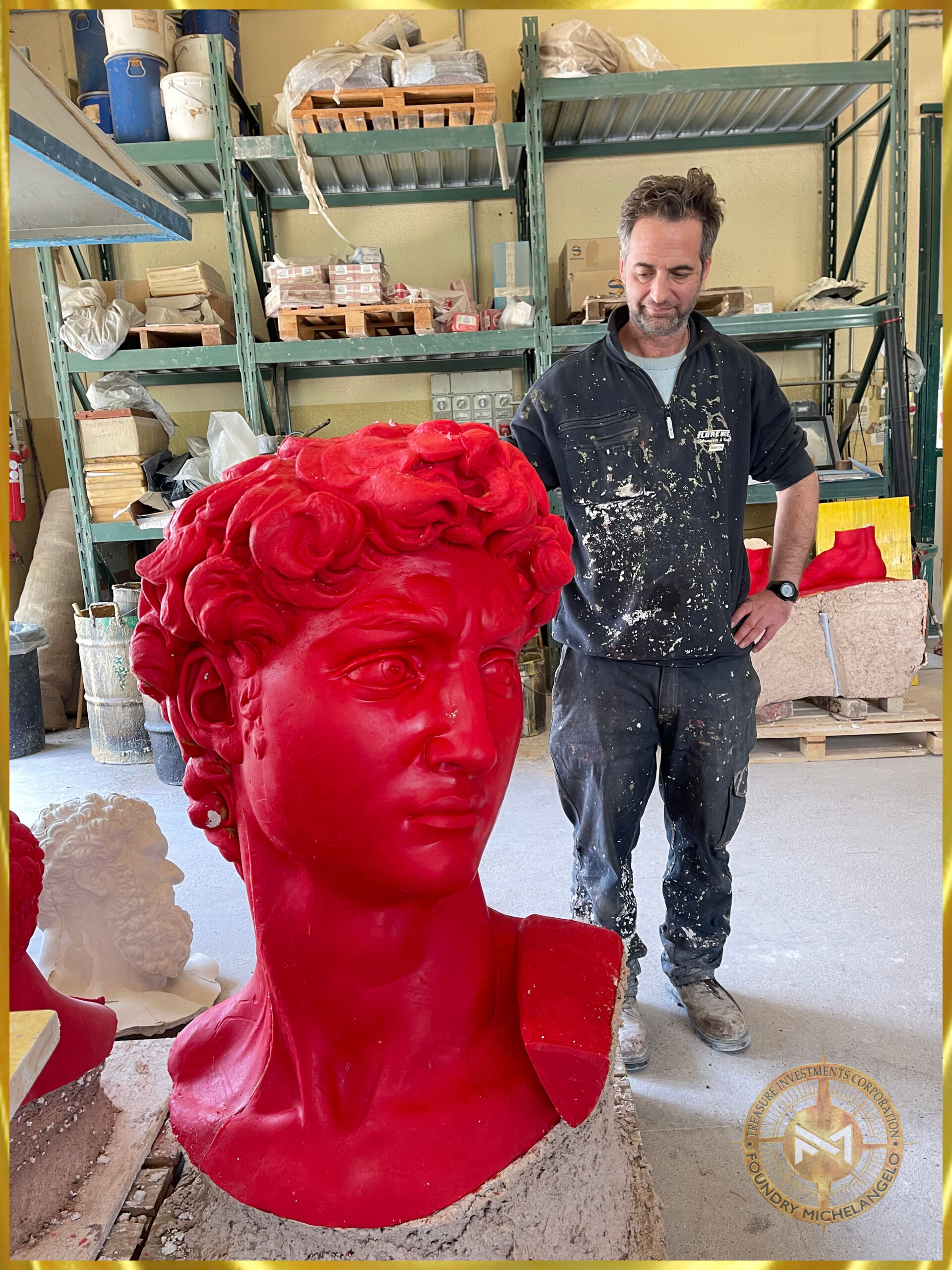 The Torso and Head of David in Red Wax with master artisan from Foundry Marinelli in Florence, Italy reinforced with special plaster for secure transport

Earlier this year, on July 13th Mark Russo along with Michael Sheppard, Director of Investor

Relations, and Steve Forbes (owner of Forbes publishing), unveiled to the world in Las Vegas, NV, live on stage at the Mirage Casino Hotel, the original Pietà by Michelangelo in over 20,000 troy ounces of pure silver. This was the first original Michelangelo produced in silver by Treasure Investments and appraised at 70 million dollars. The second piece in the Renaissance collection is already completed as an original relief sculpture entitled “Battle of the Centaurs” by Michelangelo, weighing in at 2,333 troy

ounces of pure silver. The third piece currently in production in silver is the famous Statue “The Belvedere Torso” by Apollonius, and when completed, it will weigh approximately 12,000 ounces.

The fourth piece in the series is Michelangelo’s 17’ tall David. The original red waxes are now complete and arriving at the headquarters of Treasure Investments in Battle Ground, WA. Once the waxes arrive, they will be transported to a private foundry, and the process of casting the piece in pure silver will begin.

“We believe, as do many of our business partners, appraisers, and fine art experts, that the value of the pure silver David original will exceed even that of the Leonardo DaVinci painting that recently sold at nearly 500 million dollars. When you think about it, we will be bringing to market for the first time again, the single largest pure silver sculpture ever cast, created by the most famous artist ever and, without 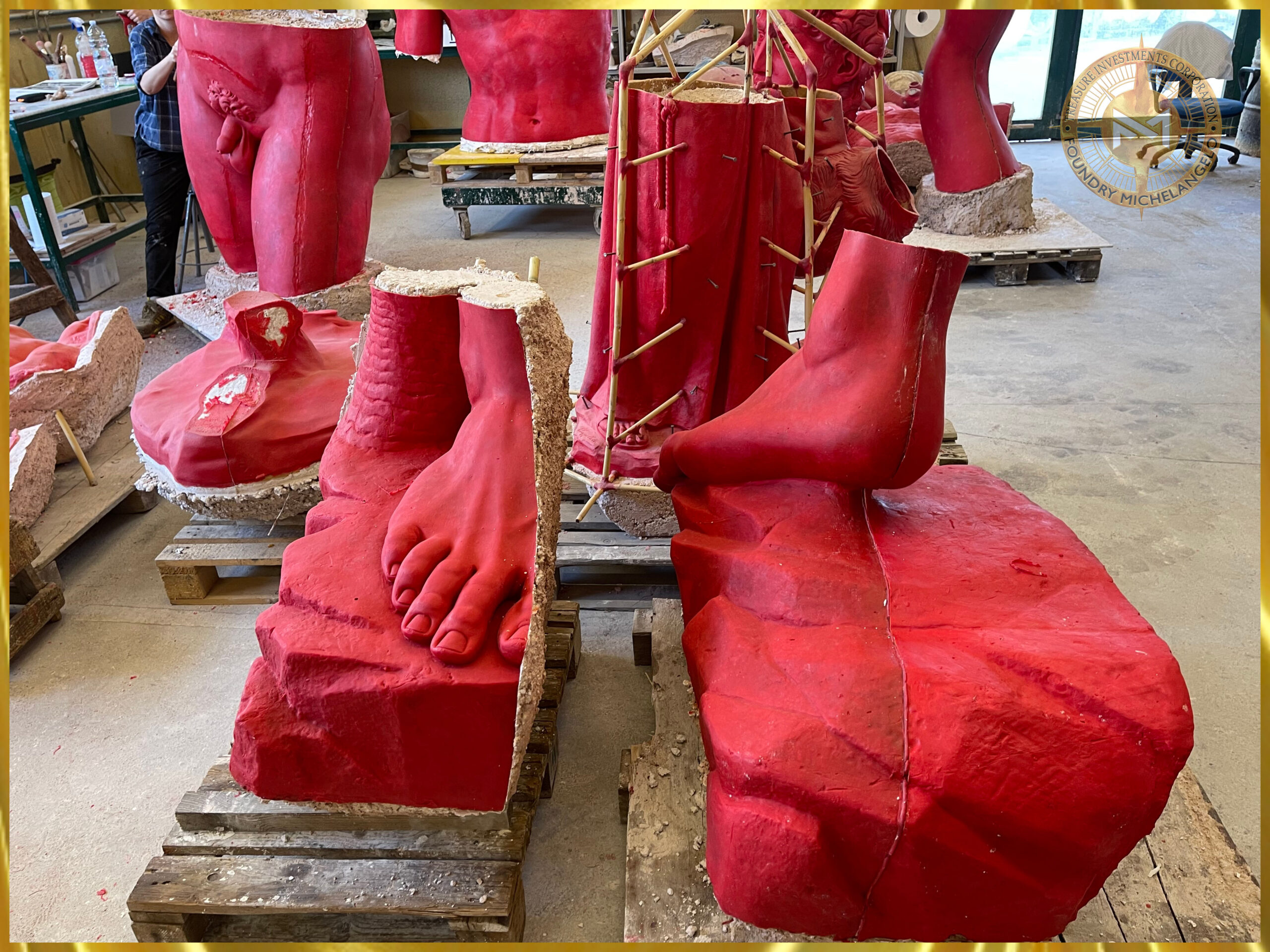 Foundry Marinelli in Florence, Italy showcasing the beginning steps to the arduous creation of an Original Michelangelo Masterpiece

question, the most recognized art piece in history could easily set the record and bring over $1 billion as a selling price when it comes to market next year,” stated Founder, Mark Russo.