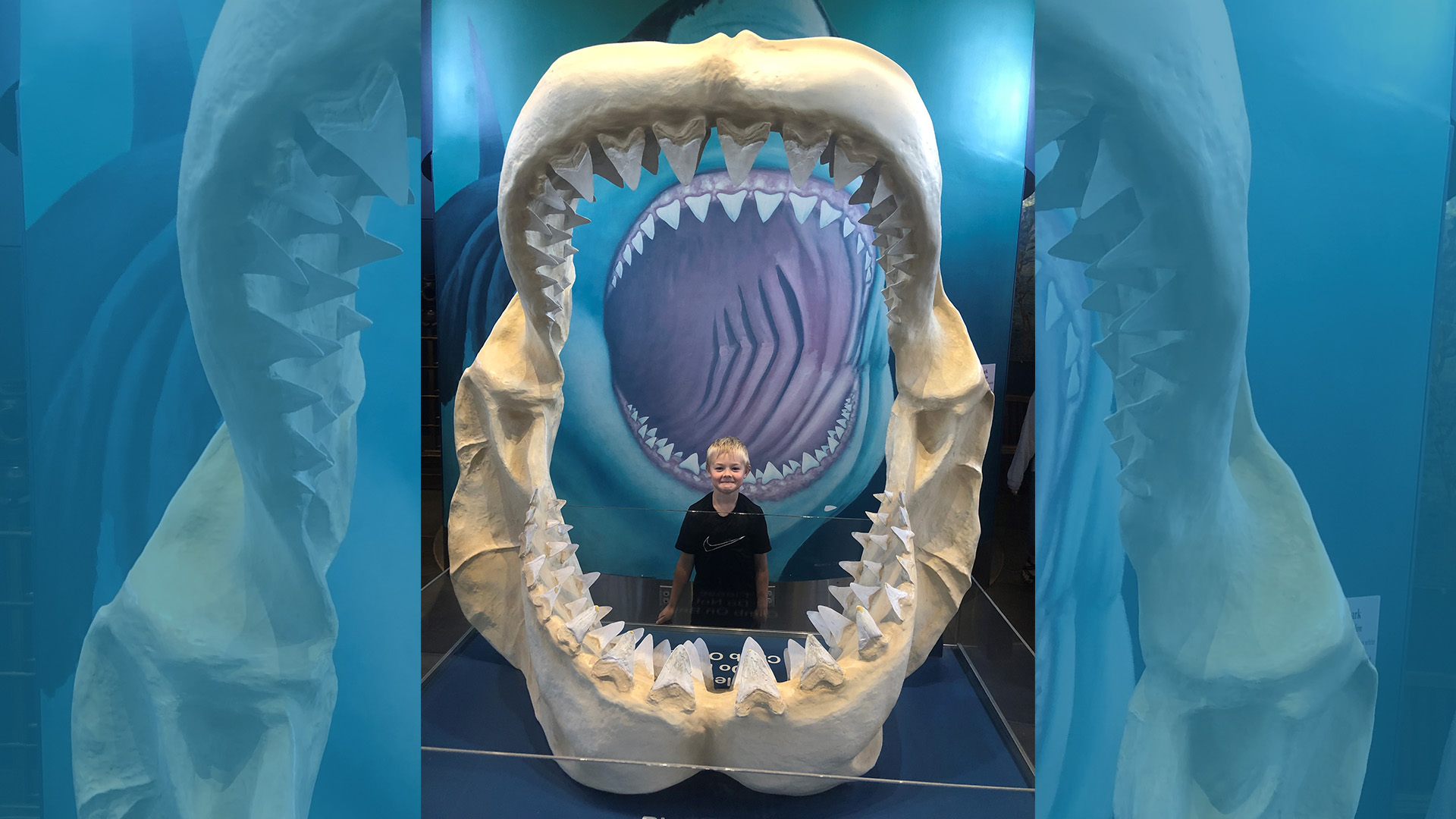 Posted at 10:00h in Press Release by TIC

Treasure Investments Corporation (TIC) dba Foundry Michelangelo (FM) is currently creating 2 sets of life-size jaws and teeth of the largest predator ever to live on earth. Mark Russo, Founder and Chairman of TIC, was visiting the Oregon Coast Aquarium in Newport, Oregon this last summer and was in awe when he saw the life-size Megalodon Jaws when exiting the shark tank exhibit.

Russo recalls the moment, “When I walked up to them, I just couldn’t believe how big the jaws were. Having watched the movie Jaws, you think wow that is a big shark and large teeth and jaws, but the crazy thing about it is the shark in the movie was only about 25 feet and weighed around 6,000 pounds if real. A Megalodon is the same shark; only it’s an amazing 70 feet long and weighing over 100,000 pounds. Megalodons went extinct about 4 million years ago and were so large they could bite a whale in half.” The set of jaws in the aquarium are about 7 feet in height and represent a 60-foot Megalodon. TIC will be creating 2 sets of jaws and teeth and an actual 70-foot life-size full-scale version. 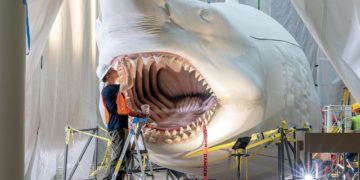 Knowing who to call to help with this project, Mark called his friend Rob Arps of Form 3d in Portland, Oregon. Form 3d Foundry is a full scale advanced and rapid prototyping company. They have the ability to scan nearly any image and enlarge or reduce the size and create full working 3d models in almost any material. With the permission of the aquarium, Form 3d was given access to scan the 7-foot Megalodon jaws over a weekend and not during regular working hours. With the scan data complete, TIC can now begin creating the jaw sets.

The jaws and teeth will be created with an advanced printing machine using a polyresin. Once printed, a stand will be made to display the jaws complete with the teeth. Once the first prototype is perfected, a master mold will be created, and TIC will go to production casting the first sets in resin and will be hand-painted for museum display, and some will also be cast in bronze. The larger 10-foot set will be designed so you can walk through them. The production of the actual life-size 70-foot megalodon will begin once the first 2 jaw sets are complete.

Doing a lot of field research, Mark Russo has visited numerous aquariums, museums, zoos, fossil showrooms, and many other unique locations to find out that there is nowhere one can purchase a set of Megalodon Jaws. Russo commented on his research saying, “You can buy the teeth but not a set of Jaws, let alone a life-size version of one. I have asked numerous fossil store owners and museum directors around the country that if you had a set of Megalodon jaws to sell, could you sell them? Unanimously everyone said yes and lots of them. I realized that we had a major opportunity to create something very unique and become the only distributor worldwide.”

Sharks do not have bones; they are made up of mostly cartilage, which is why there are no fossil records other than their teeth. To recreate the life-size versions of the jaws, great white shark jaws were scaled up to match the size of the Megalodons teeth which are exactly the same as great white just much larger.

TIC will begin distribution of the jaw sets to aquariums, zoos, and other dealers in the fall of 2020. If you want a life-size set of jaws or full life-size reproduction of the largest predator to ever live on earth, there is only one company you can call Treasure Investments Corporation dba Foundry Michelangelo.